It was November 1994 in the small village of Bole, Northern Region, Ghana. The news that reached me had a strange effect – on one level it was unbelievable, on another level it made total sense. Either way, I knew it would heavily influence my future life choices. Bole secondary school where I had been teaching English for a year through Voluntary Service Overseas had been burned down by stoned, drunken pupils, with teachers beaten and chased to town.

I remember a shift in my state of consciousness when I heard. I didn’t feel fear, but a grim determination to do what I could with my life to make sure that this kind of thing didn’t have to happen again.

I saw in my minds eye the chain of events that had lead to this moment. Highly educated and well paid men behind macro-economic models on a computer screen at the International Monetary Fund in Washington plan out Ghana’s Structural Adjustment Program (SAP), the conditions under which they will receive a loan of billions of dollars for Ghana to be developed along the lines of a Thatcher-Reaganite vision of society, privatising profit and socialising risk. These conditions include significant reductions in public sector spending as well as the mass privatisation of public assets. Spending on education is one of major casualties.

Bole Secondary School (also known as BoSec) was not a rich school. It had around 650 pupils who came to live and learn from hundreds of miles around. Most of the families could not afford the school fees, so they “dashed” the school some goats or chickens as compensation. Although the schooling was far from ideal (I had classes of more than 60 pupils with 5 textbooks which they couldn’t read anyway), the children did get to grow up with their peers in a relatively safe environment, basic needs met, and learned something along the way.

This year, 1994, with increasing pressure from the Structural Adjustment Program and rising food prices, the school ran out of money, and simply could no longer afford to feed all the students. The leadership of the school decided they had no choice but to enforce the payment of school fees. It was announced that anyone who had not paid their fees by a certain date would not be allowed into the dining hall, which basically would have meant that they had to go home, end of education. When the day came, a number of the pupils went to the village in despair, found some alcohol and ganja, and returned to vent their anger on the very school and teachers that they didn’t want to be forced to leave. That is the ultimate tragedy of this sad story.

I could have gone on to another school in Ghana, to complete my two-year VSO placement. But during that year I had been studying the economics of development as well as immersing myself in esoteric works such as Ouspensky, and decided that it was not my destiny to be cleaning up the mess created by others but to go back to the source of the problem and change that. Thus began a life-long commitment to social justice, ecological vitality and the expression of each person’s highest potential as a spiritual being in a human experience.

The chickens have come home to roost. The very model of development that I experienced the sharp end of in Northern Ghana is now being ruthlessly applied to the industrialised world. Whereas in 1994 the financial elite was embedded in a loyalty to the world’s richest nations, and national political interest was closely tied to the financial exploitation of the Global South by multinational corporations and multilateral financial institutions such as the IMF, that elite now seems to have abandoned loyalty to any sovereign state. It is systematically stripping nation states of their assets with the sole aim of making more money – just as was done with full awareness to the poorer countries of the world in the 1980s and 1990s.

For the last twenty years or so the industrialised countries have managed to get away with cushioning the social and ecological impact of raw free market economics in their own backyards due to their relative economic stability – that incidentally was built largely on the progress they had made off the backs of less industrialised countries with their natural resources and cheap labour. Now our bluff is being called. If you really believe in all this economics you preach so much about, then here are the implications. Cut spending on anything that does not make a short-term financial profit.

Many proud nations soaked in cultural wealth (Ireland, Greece and Portugal just being the first victims) are being told they are worthless. People with lifetimes of experience in useful work such as teaching, care and the creative arts are being told that what they have to offer is not worth enough. Programs that are helping to restore the very ecological resilience that our survival depends on are being slashed to cut deficits and please the markets. Have we all gone crazy? Why are we so accepting of what is being done in our names? Maybe we have been immersed in this absurd ideology for so long that like the frog in slowly boiling water we will only realise when it is too late.

As if this in itself was not enough, the stripping away of these public assets for social resilience is happening just at the moment that the Earth is telling us that she has had enough of our mindless exploitation of her resources and polluting of her body. Everything that was in my presentations from five years on the likely impacts of unchecked climate change is happening. Extreme weather events are increasing exponentially, millions of people are being forced to move home due to lack of water and the ability to grow their own food, global food supplies are under pressure and all of these are leading to increasing social tensions and inter-ethnic conflict.

When will we realise that the emperor of free market economic development has no clothes? It is all built on abstract numbers that in no way reflect the true human, community and ecological value of our activities. As tension builds between financial institutions and nation states including the USA, maybe our democratic representatives will reclaim their power from the financiers, framing money as a means to facilitate the exchange of what is of value to life, rather than as an end at all costs. Maybe that realisation will dawn in the coming months as the absurdities of our global economic paradigm and the wrath of the dark feminine in Gaia shake us out of our consensus trance. Maybe. Maybe not.

Although I am intending very soon to write at length on how we can best respond to these developments, I don’t feel I can finish this piece without a few pointers. I offer these with thanks to Jim Garrison from Wisdom University who summarised them so helpfully for me.

Sources that are helping me to see clearly, centre deeply and stay connected to the sacred place in my heart include:

We are living in archetypal times. Access that power in yourself and do what needs to be done. Now.

Peter Merry is founder and Chair of the Center for Human Emergence (Netherlands), the CHE’s Hague Center for Global Governance, Innovation and Emergence, and co-founder of the Wisdom University in Europe. He is also a founding partner of Engage!. 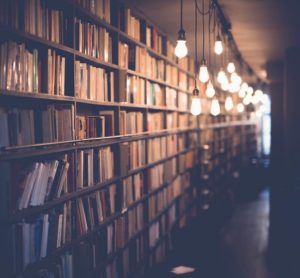 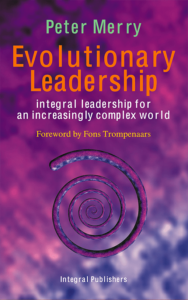